Read our blog posts to get the latest scrap car news 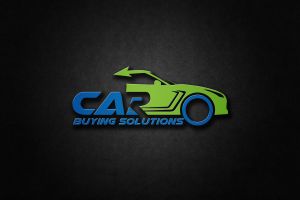 As a nation, it appears that the majority of us are understandably cautious about do-it-yourself car maintenance. According to a survey conducted earlier this year by Honest John, only one in ten Britons expressed extreme confidence in maintaining their car, while half admitted to being unable to perform even the most basic tasks. A fifth (20%) of them stated that they were unable to perform any maintenance on their own.

Now, this caution is far from a bad thing in many ways. It is far better to be safe and contact a professional than to attempt a major repair that fails and leaves you thinking – yikes, I am going to have to scrap my car. Having said that, you can undeniably save time and money by learning how to perform the simpler repairs yourself. Here are five of the simplest and most critical checks and repairs that you can complete on your own!

When it comes to liquids, your car requires far more than just fuel to operate. For example, coolant keeps your engine from dangerously overheating, while engine oil keeps all internal components in good condition by preventing corrosion and contamination. Coolant levels should be checked at least once a week, and oil levels should be checked every two weeks or just before a particularly long journey. Transmission fluid, brake fluid, and windscreen wiper fluid are all additional fluids that should be closely monitored for obvious reasons!

Replace the wiper fluid in your windscreen.

Windscreen wipers endure a great deal, particularly in the UK, where the weather is frequently less than ideal. This means they can gradually become more worn and damaged over time, and if they degrade sufficiently, they can end up smearing or even scratching your windscreen permanently.

If that occurs, you will need to replace not just the windscreen wipers, but the entire windscreen, which is definitely not a job you can do on your own. Prepare for the issue by learning how to replace your wipers when they become noticeably worn and squeaky.

Your spark plugs are so named because they are capable of igniting the air/fuel mixture in your engine, which generates the thrust that propels your car forward. If any of your spark plugs are defective or have ceased to function entirely, it will not be long before you notice the effects on your engine. For instance, your engine may begin misfiring or suddenly begin guzzling massive amounts of fuel like nobody's business.

You may even notice your car's'surging,' which is a term used to describe sudden stop-start jerking motions as you begin to move or come to a complete stop. That is one of the most dangerous symptoms, as it can easily result in someone colliding with you at a stop sign, or worse, your own car lurching forward into a passing pedestrian. While that is an extreme example, it is not uncommon – just one of the many reasons why it is worthwhile to learn how to perform this simple repair yourself!

Check the pressure in your tyres.

Low tyre pressure is another one that is far more dangerous than many people realise. A low tyre pressure can expose more of the tyre's surface to the road, generating friction and heat. The end result is what is known as a 'blow-out,' and anyone who has been unfortunate enough to witness one knows how dangerous they can be.

The legal minimum tread depth for a tyre is 2mm, and understanding how to check it can potentially save you from a future disaster. While it is preferable to use a dedicated tyre gauge, you can also do so with a 20p coin – simply insert it into the main tread grooves of your tyre. If the outer band of the 20p coin does not completely disappear into the groove, you are below the legal tread limit and should inflate the tyre as soon as possible.

A flat tyre can occur almost anywhere, and often with little notice. It could have happened gradually over the course of a lengthy journey, or it could have happened suddenly as a result of a blowout. Not only does changing it yourself potentially save you time and money, but it can be especially useful if you find yourself stuck in a rural area where assistance may take a long time to arrive. Simply remember to replace any spare tyres as soon as possible with a replacement from a reputable garage, as many spare tyres are only intended for temporary use.

When it comes down to it, one of the most critical pieces of knowledge you will need is not as obvious – the foresight to know when to quit. Eventually, there may be some issues with your car that require the assistance of a professional, and sometimes even then, the issue may be nearly unfixable. In that case, you can rely on us here at Car Buying Solutions to take care of it for you, and at the best possible price.

Simply enter your vehicle's registration number and postcode into the fields on our site, and we will provide you with an instant online quote faster than you can say cash for cars. It takes only a few seconds. Are you curious about the value of your vehicle? 10 Steps To Preparing Your Car For Winter

How to Scrap a Vehicle in Havant, We Recycle All Vehicles Collected